Dr Margaret Williams (an Honorary Research Fellow at New College) will be taking a two-day workshop on June 4-5 on Jewish Epigraphy. Its designed as
research training and will be of particular interest to postgraduates working on any aspect of ancient Jewish studies. 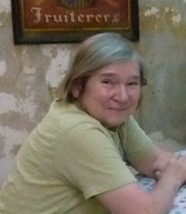 Margaret Williams is a Classicist and Ancient Historian whose special interest is the Jews in the Graeco-Roman world. She has written a large numbers of articles on the subject, focussing particularly on the epigraphic evidence relating to the Jews of the Diaspora. Most notably the Jewish communities of Rome, Aphrodisias and Corycus. Jewish onomastics are a particular interest of hers. Publications on the subject include studies of festal names, double names and Palestinian Jewish names in Acts. She is currently preparing an edition of her more important papers for publication by Mohr Siebeck in its WUNT series.

She is the author of The Jews among the Greeks and Romans: A Diasporan Sourcebook (London: Duckworth and Baltimore, Maryland: The Johns Hopkins University Press, 1998).

View all posts by adamkadmon

This site uses Akismet to reduce spam. Learn how your comment data is processed.