A distinctive feature of Jewish life in Edinburgh was the presence of Christian missionary activity. Jews in Scotland had to contend with the long-established urban missionary focus of Scotland’s Presbyterian churches. Missionaries soon noticed the growing Jewish population and formed special missions for their conversion, offering many material inducements to the impoverished immigrants. This, among other factors, contributed to the expansion of charitable and philanthropic networks in the Jewish community. Charity and mutual support helped deflect accusations of “pauperism” from anti-immigration lobbyists, as well as maintain communal cohesion. Another aspect of life in the city which also contributed to communal cohesion was Zionism.

“I have been strongly opposed to our Free Church of Scotland employing missionaries for the conversion of the Jews.” Rev. John MacFarlane to the Jewish Chronicle, 13 June 1862

Following the creation of the Church of Scotland’s Mission to the Jews in the 1830s, a number of Scottish missions were sent to various European nations, as well as Palestine, Egypt and Turkey. The arrival of large numbers of Jewish migrants in Scotland at the end of the century provided missionaries with an opportunity to evangelise amongst Jews within their own locality. Although the Presbyterian churches expressed sympathy with the circumstances of Jews in Russia, they also saw Tsarist persecution as a great opportunity to convert Jewish refugees. During the 1880s a number of Jewish urban missions were founded in Edinburgh.

Although the missions were never very successful in gaining converts, their location and determination were a constant source of anxiety and concern until the late 1920s, by which time the missionary fervour sparked by the first waves of Jewish immigration in the 1880s had slowly petered out. However, alarmed by even opportunistic attendance at the missions, Jewish community leaders in Scotland responded by establishing their own dispensaries. Senior religious figures, particularly Rabbi Salis Daiches, ostracised Jews who frequented evangelical premises.

Sir, — I have on former occasions called the attention of your readers to an organisation which, under the name “The Edinburgh Jewish Medical Mission”, carries on the work which is regarded as a challenge to the Jewish community of this city and its charitable organisations. In several letters which I wrote to you, sir, on the subject, I endeavoured to point out that if the “Jewish Medical Mission” is intended to relieve ailing Jews who require help on the ground of their poverty the efforts of the mission are entirely wasted, as our Hebrew Board of Guardians is both able and willing to provide for all such cases, and even employs the service of a medical man for the purpose of visiting the sick poor in our community. Fortunately, our doctor has very little work to do, and the number of poor Jewish patients in this city that require attention is at present confined to two! I also pointed out that if the object of the Mission is not to cure the bodies of the poor Jews, but to “save” their souls by converting them to the Christian faith, then the method employed is a most unfortunate one and the results obtained can only be described as deplorable, even from a purely Christian point of view.

It is announced that the Medical Mission is to be reopened on Friday next in close proximity to what is regarded as the Jewish quarter, and within a stone’s throw of one of our synagogues. This indicates a spirit of aggressiveness and provocativeness of the mission, which I am sure, will be regarded as un-Christian by the vast majority of your readers. I can quite understand the reasons which prompted Sir Leon Levison and his friends to give up the house in Chalmers Street, and to abandon the work there as entirely futile, and a mere waste of public money. But the reopening of the mission in Nicolson Street seems a peculiar venture, if the object is not to aggravate the challenge to the Jewish community, and to deliberately offend Jewish sensibilities.

Surely your readers will ask — What does this new enterprise mean? What good does the Medical Mission hope to do for the sick Jews of this city? Is it to compete with such institutions as the Royal Infirmary? The Edinburgh Infirmary is distinguished by a spirit of broad-mindedness, religious tolerance, and human sympathies, which could not be excelled by the Medical Mission or any other institution of the kind. […]

Charity and philanthropy have always been important elements of Jewish communal life, but in the context of mass immigration from Eastern Europe they assumed different characters and importance. There was a need to compete with the charity offered by the Christian missions. Native-born Jewish leaders were also keen to prevent anti-immigrant attitudes from developing. One of the main accusations by those in favour of excluding Jewish immigrants was that they would be a burden on welfare. Jewish charity was seen as an important means of keeping poor Jews off the poor rates, and helping them to establish themselves in business.

Jewish charity at the time was also influenced by broader Victorian attitudes distinguishing the “deserving” from the “undeserving” poor. Much of the charity offered by established Jewish leaders placed an emphasis on the need for recipients to “conform” to philanthropists’ social expectations. Immigration from Eastern Europe provoked a substantial expansion in Edinburgh’s Jewish charitable networks. They were extremely successful in keeping Jews off the poor rates, and the self-sufficiency of the community was the source of praise from civic leaders and politicians. However, until the 1920s, around 50% of the community struggled with significant levels of poverty.

For those who sought to express a Jewish identity outside the synagogue, Jewish communities often had a range of political and cultural organisations which provided such an outlet. Of these societies, Zionist organisations were among the most popular and the most enduring. In August 1890, Scotland’s first Zionist group was founded in Edinburgh. The group was a branch of Chovevei Zion, or Lovers of Zion. The society, which had a less state-centred vision than that later put forward by Theodor Herzl, embraced secular Jews as well as Christian supporters and senior Jewish religious figures. Zionism enjoyed steady but never complete support in Edinburgh, and the popularity of the movement in the city often ebbed and flowed in response to wider national and international patterns. 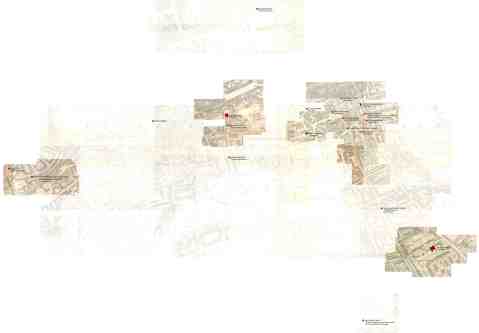 Map showing the locations of Christian missions in Edinburgh. 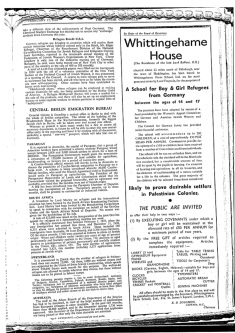 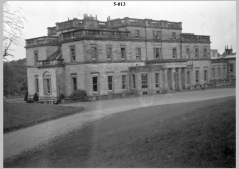 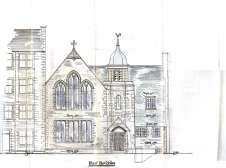 Annie Lindey, née Levinson (Russia 1886 – Edinburgh 1953) played a significant role in the life of Edinburgh’s Jewish community, being particularly concerned with the welfare of women and children. She was described in the Edinburgh Star as “one of the most extraordinary women the community has known.” She was hard working, contributing to the family and their business, two dress shops in Leith. In 1925 Mrs Lindey established the Ladies Benevolent Society to provide for women in extremis within Edinburgh’s Jewish community. She thereby responded to the case of a woman with a baby whose husband had deserted her and who, as a woman, was ineligible to apply to The Edinburgh Board of Guardians for assistance. The Society was later amalgamated with The Edinburgh Board of Guardians and still provides assistance for those in need today. The Ladies Guild, established in the 1930s, was also due to Annie Lindey’s inspiration. She was elected their first chair. The Guild played both a social and charitable role in the Jewish community, such as organising the annual children’s picnics, visiting the sick and sewing shrouds for the dead. Mrs Lindey’s third major contribution to the community was her vision for a community centre. Recognising the inadequacy of holding the childrens’ classes (where Judaism and Hebrew are taught) in a local school, she set up a committee to raise the funds for a “hall of our own.” This was duly achieved. The house on Salisbury Road opposite the shul was purchased, opening in 1953. The Centre was a focus for the community, housing the cheder (religion school) classes, as well as hosting numerous activities and fundraising events, such as Burns Suppers, concerts and dinners, and provided a meeting space for the Jewish Youth Group, the table tennis, cricket, and football teams. All activities were relocated to the shul in 1980. (Image courtesy of Carole Cowen.)